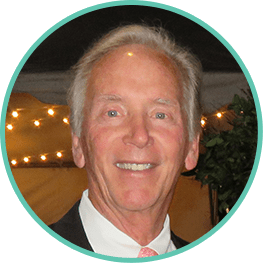 Terry Bieker has lived all across the U.S., from California to Iowa, Georgia to Minnesota and Texas to Massachusetts. And, though he loves to travel, he calls Orchid Island his year-round home. He attended the University of Minnesota and over the course of his career he was the CEO of six venture, private equity and public financed companies, all of which were in the medical sciences. He no longer plays golf due to a back injury, but he has a passion for boating, and he is a former Commodore of Orchid Island Yacht Club. He and his wife cruise 3-4 months a year from Canada to the Bahamas and Turks and Caicos. He also enjoys diving, hiking, reading and shooting. He loves Orchid Island’s natural beauty and peaceful ambiance, but for him, the best part of living here is the fascinating residents that are his neighbors and friends.