From refreshing tropical plates served poolside to gourmet farm-to-table favorites, residents at Orchid Island Golf & Beach Club do not have to travel far to experience a world-class meal. Morning, noon, and night, Members of this private Club near Vero Beach, Florida, savor the flavors of the coast year-round. At the helm of it all, Executive Chef Chris Sozio is leading the way in elevating the Club’s daily menus. Let’s meet Chef Sozio and discover how he is adding his personal touch to every dish served at Orchid Island.

From working at his father’s restaurant in Pennsylvania with his three brothers to helping with family gatherings, Sozio found his passion for the culinary industry at a very young age. He loved the feeling of how happy friends and family were when they were brought together through food and wished to share that feeling with others. His passion led him to The Culinary Institute of America in Hyde Park, New York, where his eyes were opened to the vast culinary world. After graduating from the Culinary Institute in 1986, Sozio has worked in a number of fine dining restaurants and resorts across the country, including The Mayflower Inn in Connecticut, The Manele Bay Hotel in Hawaii, Caneel Bay Resort in the Virgin Islands, and most recently John’s Island in Vero Beach, Florida. Since joining Orchid Island in the fall of 2014, Chef Sozio has been providing world-class culinary options to Members at Orchid Island.

“For me, the reward is making the Members happy with our food,” said Sozio. “They have been genuinely and sincerely appreciative of the Culinary Program that we have built over the years and continue to evolve.”

Carefully balancing daily specials with Club favorites, Chef Sozio is well-known throughout Orchid Island for his farm-to-table philosophy. Sozio and his team source produce and fish directly from local, family-owned farms and distributors within the surrounding Indian River and Okeechobee counties. He coordinates his menus with the seasons and also with what comes into port that day to secure the freshest, flavor-filled dishes that are sure to please any palate.

“Writing our menus daily gives us the ability to serve the freshest fish and seafood that the fishermen are catching, while the fresh produce that the farmers are harvesting adds a nice variety to the menus,” said Sozio. “A couple of farmers literally ask me what I would like them to grow for the upcoming season. That is virtually unheard of out there.”

Along with a carefully curated menu, Sozio and his team work to create a welcoming and coastally inspired ambiance within each of the Club’s three dining venues. The Pool Grille and Turtle Bar offer an easygoing setting where friends can come together, bonding over burgers and cocktails while watching dolphins swim along the Atlantic coastline. The “19th hole” Golf Club offers a casual fare of salads, sandwiches, and flatbreads in a variety of atmospheres, from the main dining room to an extended patio overlooking grand views of the fairways. Finally, the Beach Club’s elegant dining venue is home to five-star creations that include everything from healthy selections to innovative cuisines and decadent desserts – all while overlooking the stunning azure waters of the Atlantic Ocean. Best of all, residents can hop on their golf carts and be at any of the venues within mere minutes.

Behind Chef Sozio, a dedicated team of culinary artists keeps each venue running smoothly daily. “From the time I started in 2014 until now, our Food & Beverage sales have more than doubled, which means our Members are staying on property to dine more and more. This provides us a good sense of our accomplishment, but we are only able to achieve this with the hard work and dedication of our Culinary Staff. All are equally important to the success of the food program and to Orchid Island.”

Spanning from the Atlantic Ocean to the Indian River, Orchid Island Golf and Beach Club is highly sought-after for its laid-back waterfront lifestyle. World-class dining, however, isn’t the only aspect of Orchid Island that Members enjoy. The West Indies-inspired Beach Club serves as the heart of the community, with a resort-style pool, world-class fitness center, eight Har-Tru tennis courts, two pickleball courts, and a spa. Residents also enjoy nearly a mile of secluded beach and an Arnold Palmer-designed championship golf course.

Located along Florida’s Treasure Coast, Orchid Island is home to a wide variety of premier riverfront and oceanfront estates, courtyard homes, cottages, and mid-rise condominiums. For those interested in learning more about this picturesque, one-of-a-kind private club community, request a complimentary copy of the Orchid Island Magazine. If you’re in the area, schedule a visit to the Orchid Island Realty office for a community club tour. Visit OrchidIslandFL.com or call 772.388.3888 for more information. 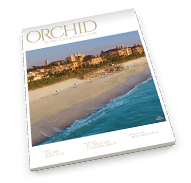 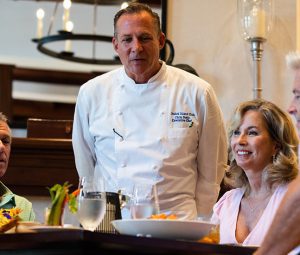 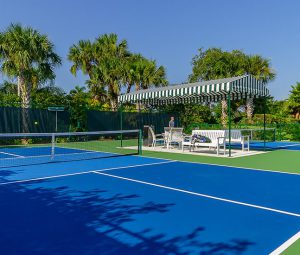 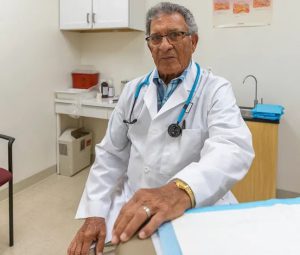 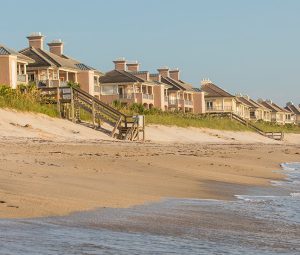 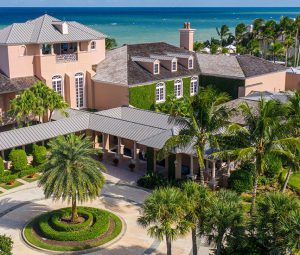 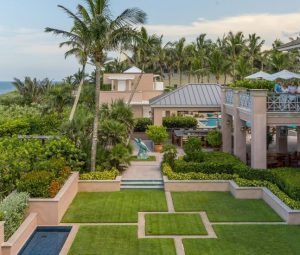